Understanding Smoke After a Grease Fire in Your Battle Ground Kitchen 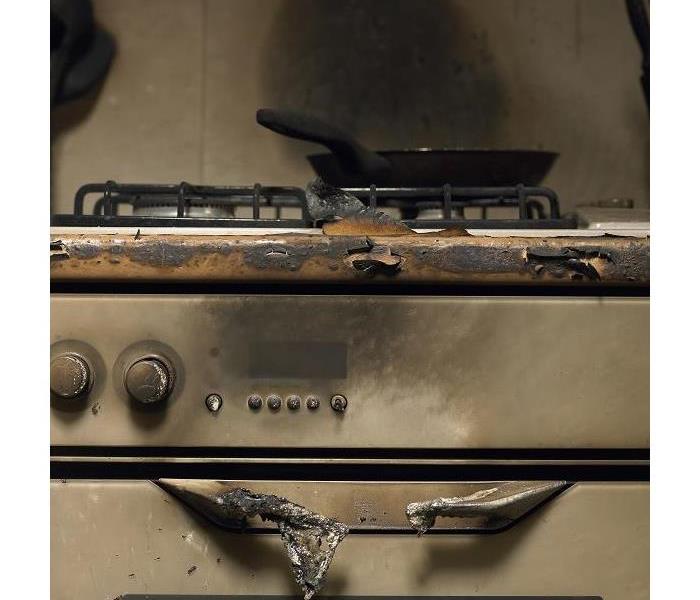 SERVPRO technicians have the training and knowledge to clean up after a grease fire in your kitchen and make it "Like it never even happened."

Smoke and Soot Cleanup after a Grease Fire in Your Kitchen

An unexpected disaster, a grease fire can create much damage in your Battle Ground kitchen and home. They are difficult to extinguish, as pouring water on them only makes it worse, and trying to use towels or another close by material to snuff them out can lead to spreading the fire. The most efficient way to put these fires out is a fire extinguisher, so having one within easy access to your kitchen is crucial.

Even if you have an extinguisher handy in your Battle Ground kitchen, after fire damage, you need professional help to get the mess cleaned up and repaired. It is something that needs to be done as soon as possible, as the damage can keep growing in the meantime. Calling SERVPRO once the fire is out is the smart thing to do, as our staff has the training and knowledge needed to restore your home.

Part of our restoration process is cleaning up the smoke odor. As burning materials decompose, they give off gases, solid particles, and aerosols which become suspended in air. These suspended particles are what makes up smoke. The invisible components of smoke are gases. Oxides of nitrogen are made by burning organic compounds, and sulfur dioxide is made by burning inorganic compounds.

Some gaseous by-products which fires generate, like hydrogen cyanide and carbon monoxide, could cause health effects if you or your family are exposed to the smoke while the fire is ongoing. Once the fire is out, and smoke is dispersed, gases are not a significant factor anymore.

Smoke particles can be tiny and still cause health effects. Our SERVPRO technicians wear respirators when we work long periods of time where loose, heavy smoke residues are present. Once smoke settles on surfaces as residues, many times, it is referred to as soot. These residues can have various kinds of acids since sulfides and chlorides in the smoke mix with humidity in the air or moisture to make acids. These acidic soot residues cause corrosion and discoloration if they stay on materials over time.

SERVPRO of Lafayette understands the makeup of smoke and soot, enabling us to clean your home of these odors and residues thoroughly. After a fire in your home in the areas of Battle Ground, Lafayette, or Indian Village, reach out to us right away at (765) 420-0077 so we can help you.