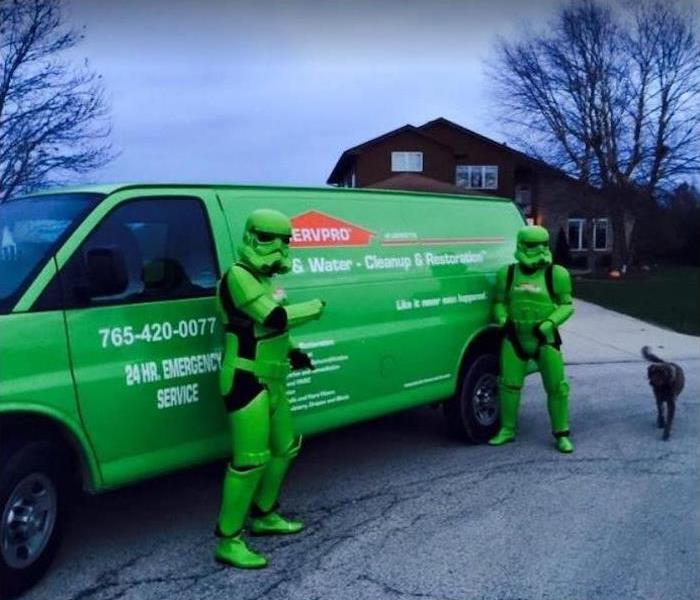 Did your home experience fire damage? Our SERVPRO team is ready to ride to the rescue!

The primary concern of homeowners suffering residential fire damage is, of course, the restoration of the functionality and physical appeal of their homes. Eliminating fire-related odors is initially a much less considered issue.

One recent severe fire damage case in Lafayette, however, highlighted the importance of effective deodorization. A couple of months ago, the homeowners had hired a fire damage cleanup company to repair their property. At first, all seemed well. Then, as hotter, more humid summer weather arrived, the residents noticed strong unpleasant odors. It seemed that the company had not eliminated the smells associated with the fire months before.

At this point, the family went searching for a solution. Some neighbors told them that SERVPRO might be able to help. After they took their neighbors’ advice and called us, we were on-site within four hours to assess the situation. We employed multiple techniques to eliminate offensive fire damage odors. Our technicians attempted to locate odor sources and remove them, clean away all residues, and either counteract bad odors with deodorizers or seal them in affected materials.

SERVPRO employed a variety of specialized equipment to rid the Lafayette house of the persistent unwanted odors. Realizing that the HVAC ventilation network was contributing to the issue, we used a duct cleaning system to clean and seal it.  Our technicians performed attic remediation. Workers removed affected insulation, cleaned, treated, and sealed charred rafters with a pressure sprayer, and brought in an ozone machine overnight to neutralize the remaining odors in the air. Throughout the rest of the house, we used air scrubbers to remove additional particles and odors. SERVPRO finished up by fogging the entire structure and then allowing it to ventilate properly. After everything was said and done, the odors were gone, and the residents were happy.

This entire incident illustrates just how important yet challenging; it is to remove fire-related odors from your home. Also, it indicates that not all fire damage repair companies do it correctly. Contact SERVPRO of Lafayette at (765) 420-0077 if you need assistance.